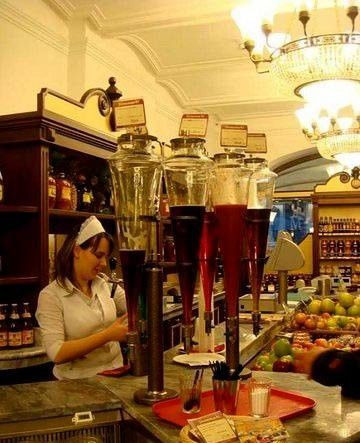 Gold at N.Y. Fed is intact, some purer than thought, audit finds

Gold at N.Y. Fed is intact, some purer than thought, audit finds

NEW YORK -- The U.S. government’s gold in New York is safe in a vault underneath Manhattan, and some of the precious metal there is purer than previously thought.

That’s according to a first-ever audit conducted last year by the Treasury Department of U.S. gold on deposit at Federal Reserve banks in New York and elsewhere.

As part of the audit, the Treasury tested a sample of the government’s 34,021 gold bars in the New York Fed’s vault five stories below Manhattan’s financial district, according to the inspector general’s office. Auditors drilled tiny holes into the bars to remove samples that were tested for fineness in a process called assaying.

In three of the 367 tests, the gold was more pure than Treasury records indicated, according to the Treasury's inspector general. As a result, the government notched up the value of its gold holdings by approximately 27 fine troy ounces – or about $43,500, based on gold’s market value Monday.

The audit of the Fed gold came after 2012 presidential contender and former U.S. Rep. Ron Paul (R-Texas) questioned the central bank's gold holdings. While he was in Congress, Paul questioned whether the New York Fed had loaned or otherwise encumbered U.S. gold in financial arrangements, and he advanced a bill that would have required a full assay and audit of the country’s gold reserves.

The assaying process consumed 10 ounces of gold, and the remaining 69 ounces removed for sampling were returned to the Treasury, according to the inspector general’s office.

The U.S. gold at the New York Fed has been placed under so-called Official Joint Seals, attesting to the results of the audit.

“At this point, we do plan to conduct this audit annually,” the inspector general’s office said in e-mailed responses to questions. “However, since the gold is now under Official Joint Seal, we would not anticipate weighing, counting, and assaying unless the seal shows signs of tampering.”

Results of the audit were released in January. The audit also examined internal controls, security and operations at the New York Fed.

"Our audit disclosed no material weaknesses and no instances of reportable noncompliance with laws and regulations,” the Treasury’s audit report said.

The New York Fed holds 99.98% of the U.S.-owned gold bars and coins in the custody of the Federal Reserve. The rest of the gold is on display at Fed banks in cities such as Richmond, Kansas City and San Francisco.

The vast majority of the country’s gold reserves is held elsewhere, in Fort Knox, West Point and Denver.

Elizabeth Warren's first grilling of regulators is a YouTube hit

What's in your vault? Uncle Sam audits its stash of gold at the New York Fed